Welcome to musical Year Zero, cultural Year Zero, the destruction of the intelligent mind as we know it — in which all previous experimenters doff their caps in awe of the cave holler contained within the near opaque groves, sorry, grooves of VC’s ORCADIA. This duo known as Black Sheep VC. Are we Moderns of the West prepared for such ancestral assault? This is a cave-holler Ramones, a primal scream Fugs, Kim Fowley’s drooling & expectorating OUTRAGEOUS in a pre-verbal pre-Edisonian outpouring of unprecedented unrestrain. Two minds collapse into the Neolithic ancestry of their archaic surroundings, subsumed by the sheer weight of the past, they bob about upon the surface, ‘a little foam upon the deep’ as Yeats would have it. Such mind destruction is a beautiful thing for it reconstitutes but seconds later, the Re-Born protagonist now louder, more free, more unbounded: yet in everything more human, more human and more human. Undoubtedly, the wholly persuasive results of ORCADIA were achieved through this be-leathered pair’s utter refusal to — as Blake would have it — ‘resist their desire’.

But are we yet prepared to accept ORCADIA’s inchoate stumblings as preparations for a new beginning? Have we any choice? Who, upon hearing these Growlers, cannot fail to effect within themselves a genuine seismic shift in their consciousness? Will any man or woman — after even a short time listening to ORCADIA — ever again enter the megalithic portals of their local prehistoric chamber without inadvertently emitting similar noises? (J. Anonymous) 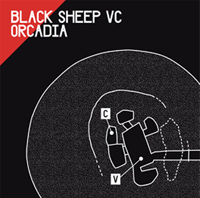 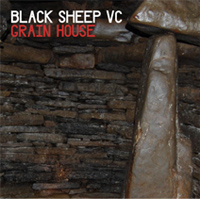